The purpose of appeal is to captivate the audience and draw them into the story. In earlier animations, the animation was limited and so most of the appeal had to be drawn from the visual. I would use “the skeleton dance” by Disney as an example of this; we find the characters appealing through their spooky character design, but none of the appeal is derived from development. 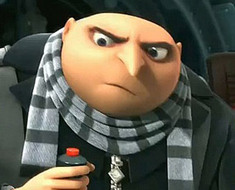